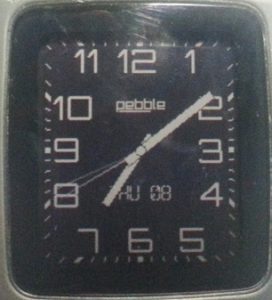 UPDATE – Jan. 13, 2017 – It seems as if the team of Pebble developers and technical people that Fit-Bit hired through their acquisition of Pebble are quite positive regarding the future of the existing Pebble platform for at least the next year and possibly beyond. Rumors abound as to whether a future Fit-Bit hardware product will incorporate everyone’s favorite Pebble Watch features and functions, but it’s my opinion that they wouldn’t have spent the effort and money (rumored to be about $40 million) and hired a bunch of Pebble People if they were just going to let it die. Not much has been updated regarding warranty service or technical support, but there are some aggressive prices on left-over Pebbles on Amazon, so the real die-hards can just buy a relatively inexpensive replacement if their Pebble fails. I any event, it’s no longer the doom and gloom that was first reported and that I detailed in the original posting.  Stay tuned!

In light of the first announcement that all support operations would cease, this seems to be a small ray of hope in an otherwise dark tunnel. Perhaps it was due to the relatively passionate feedback that Fit-Bit received on their user support community blog from discouraged Pebble owners. I understand that acquisitions of this type can be complex and inordinately detailed regarding exactly what the new owners can claim rights to and what they can’t touch. Apparently, actual watch hardware is / was off limits to Fit-Bit as part of this deal. They acquired some of the Pebble brain trust and the intellectual property and the rights to all of the software and development shell.